Why Your Next Car Should Be Electric

The electric car market is growing exponentially, it’s hard to deny at this point that the future of driving will be electric. As electric vehicles are becoming more mainstream, the cost of both running and purchase is dropping lower to match that of a normal petrol or diesel alternative.

From the environmental impact to the low-running costs, the future is becoming electric, so why not hop on the bandwagon earlier and help do your part for Mother Earth. Other than the obvious “everyone else is doing it” we’re going to discuss the benefits of electric cars and why your next car should be electric.

What Is An Electric Car?

While the concept of an electric car may seem obvious to most people, there are actually different variations of the electric car we have come to know today.

Some electric cars aren’t fully electric and are easing into the movement slowly, while others are full battery electric vehicles (BEVs) - more into that later.

Electric cars span across the entirety of the car market and dip their toes into each and every type of car. You can find electric cars across SUVs, small cars, family cars, city cars and much more.

Hybrid electric vehicles (or HEVs) are known for their combination of a normal internal combustion engine and electricity. The HEV initially starts using the electric motor to fuel the car, then when the car picks up speed and requires more power the fuel engine kicks back in.

HEVs are very fascinating in the sense that you don’t need to charge the electric motor, because it powers itself. It’s powered by a little something called ‘regenerative braking’ in which the electric motor helps the car to break relieving some of the energy, utilising the energy that would have been converted to heat.

Some examples of hybrid electric vehicles are the Ford Mondeo Hybrid and the original Toyota Prius (which also has a plug-in option).

Plug-in hybrid electric vehicles (or PHEVs) are similar to the latter in that they are fueled by both electricity and traditional means. The twist is that they can make use of the previously mentioned ‘regenerative braking’, or as their name implies ‘plugging into’ external electric charging outlets.

Similarly to the HEVs, PHEVs have the ability to recharge their batteries making for a smooth and renewable journey. PHEVs can be found everywhere on the road, chances are several pass you a day without you realising.

Some examples of plug-in hybrid electric vehicles can be found in the Hyundai Ioniq and the Volvo V90 T8 Twin Engine.

Battery electric vehicles (or BEVs) unlike the past two do not rely on a traditional petrol or diesel engine. In fact, they don’t have a fuel tank, engine or even an exhaust pipe - because there’s no need!

BEVs are fully electric vehicles because they rely on 100% renewable energy. The same as PHEVs they use external electric charging outlets and ‘regenerative braking’ making for outstanding environmentally-friendly performance.

There are many high-profile examples of BEVs on the road today, including the illustrious Jaguar I-Pace, Audi E-Tron, Nissan Leaf and BMW i3.

Now we’ve covered exactly what criteria a car needs to meet to be ‘electric’ we can get into the nitty-gritty of why you should pick one up.

There’s always going to be a reason not to do something, but with something as important as renewable energy it’s worth a look to see if an electric car is for you.

There’s a stigma behind electric cars that they are insanely expensive and not realistic for everyday life. Whereas electric cars due to initiatives to utilise economical driving have dropped in price and can be picked up for that of a normal car.

The Peugeot e-208, Renault Zoe and Vauxhall Corsa-e can all be bought at around the £30,000 mark. With government grants, no-interest loans and 0 fuel costs buying an electric is looking more and more attainable.

The subsidy from the government is to help make the goal of owning an electric car a reality by offering grants of £3,500 (originally £4,500) when purchasing a fully-electric vehicle.

The grant has helped dramatically boost sales and has seen more than 160,000 take advantage of these discounts. The grants are to make owning and driving a car that is better for the environment more achievable until prices drop further.

The cost of fuel

With the cost of fuel being completely eliminated, your monthly running costs can expect to see a drop saving you money over the long-term.

There are over 1,000 charging stations scattered across the UK to help you plan your journey accordingly, however, you’re going to need to install a charging point at your home.

Installing a home charging point can set you back £1,000 but with the Office for Low Emission Vehicles (OLEV) grant, however, you could be looking at reducing the cost by over a third.

While external charging stations price varies depending on where and when you’re looking to charge, it is nowhere near as expensive. Some charging stations are free and others such as the ones at Tesco with 24p/kWh which is about £6-7 for roughly 100 miles of coverage.

Keeping on the money theme, you could not only save money but make money from adopting this new form of travel. To be clear, this point relies on the act of being green and not just owning an electric car.

When installing a home charge point it may make sense to make the jump to utilising solar panels also. Again, this can require an upfront investment of £4,000-6,000 you will more than make your money back over its lifetime.

Installing solar panels works to save you money in two ways, the first is reducing your monthly electric bill costs as you are generating your own electricity. On top of that every unit you export to the grid, they pay you!

So this will more than cover the cost of installation and driving your electric car overtime. 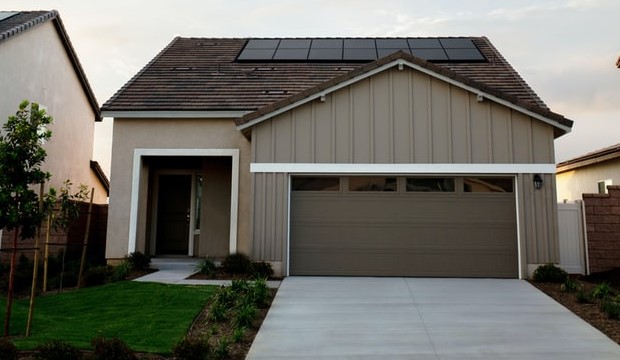 By converting to electric for your choice of transport, you’re working to save the environment. Since fully-electric cars have zero exhaust emissions you’re helping to reduce the harmful air pollution from said emissions.

As well as cutting out harmful gases, if you also choose to adopt renewable energy such as solar panels you can work to reduce your greenhouse gas emissions further and further.

To put this into perspective, just one electric car on the road for a year can save an average of 1.5 million grams of CO2. Which using the example of it being equivalent to that of four return flights from London to Barcelona is astonishing.

We’re sure practicality is the last thing you think of when you think about electric cars. But when you consider nipping to petrol stations on the way to and coming back from work, it can make a difference to your commute.

Imagine if your car could charge itself overnight so it’s fully juiced up and ready for the day ahead. While this doesn’t quite apply to long journeys and factoring in external charging, home charging points can only help manage your hectic lifestyle.

The time to charge an electric vehicle varies massively depending on the size of the battery and speed of the charging point, but it can range anywhere from a measly 30 minutes to more than 12 hours.

The future of driving is electric

When you think about the future, you might possibly think about flying cars and everything from ‘Back To The Future’, but the truth is the future is now. Electric cars, renewable energy are all happening now. Making the jump from petrol and diesel to electric could be a transition that is made at any time.

During the lockdown, all sectors saw a drop of at least 50%, with diesel and petrol car sales exceeded 90%. Despite this electric car sales stayed strong with the first five months of 2020 compared to 2019 seeing an increase of 60%.

A smooth and quiet driving experience

One of the more quality of life changes that electric cars seek to have made is how quiet they are compared to petrol and diesel alternatives. This all makes for a smooth and enjoyable driving experience that can only build on that of traditional means.

This is all due to electric cars having less moving parts in comparison to that of an internal combustion engine.

So, you may be thinking that to make the car so quiet that there must be some sort of sacrifice in power or quality. Well, no. Using the Tesla Roadster, for example, has 288 horsepower there is a minimal sacrifice in overall power.

There is one massive difference between electric cars and their competitors. Petrol cars have to build their RPMs through acceleration until it reaches its final power and torque, which takes time and several gear changes to reach the optimal speed.

While it may seem that electric cars are more complicated and require more maintenance, the opposite is actually true. Due to electric cars having far less moving parts, and fewer oils to change.

Not forgetting that with electric cars’ illustrious party trick ‘regenerative braking’ their braking systems are less strained and generally last longer. On top of the fact that all major break down services is trained in dealing with electric vehicles, you can rest easy.

Electric cars are the future, both for sustainable travel and innovative technology. And with the change, usually comes some scepticism.

We’re going to discuss a few arguments as to why not to get an electric car, and further explain the benefits of such means of travel.

“There aren’t any charging stations”

With over 9,300 electric charging stations across the UK, as opposed to 8,400 fuel stations it’s safe to say that there is no shortage of means to top up your electric friend. 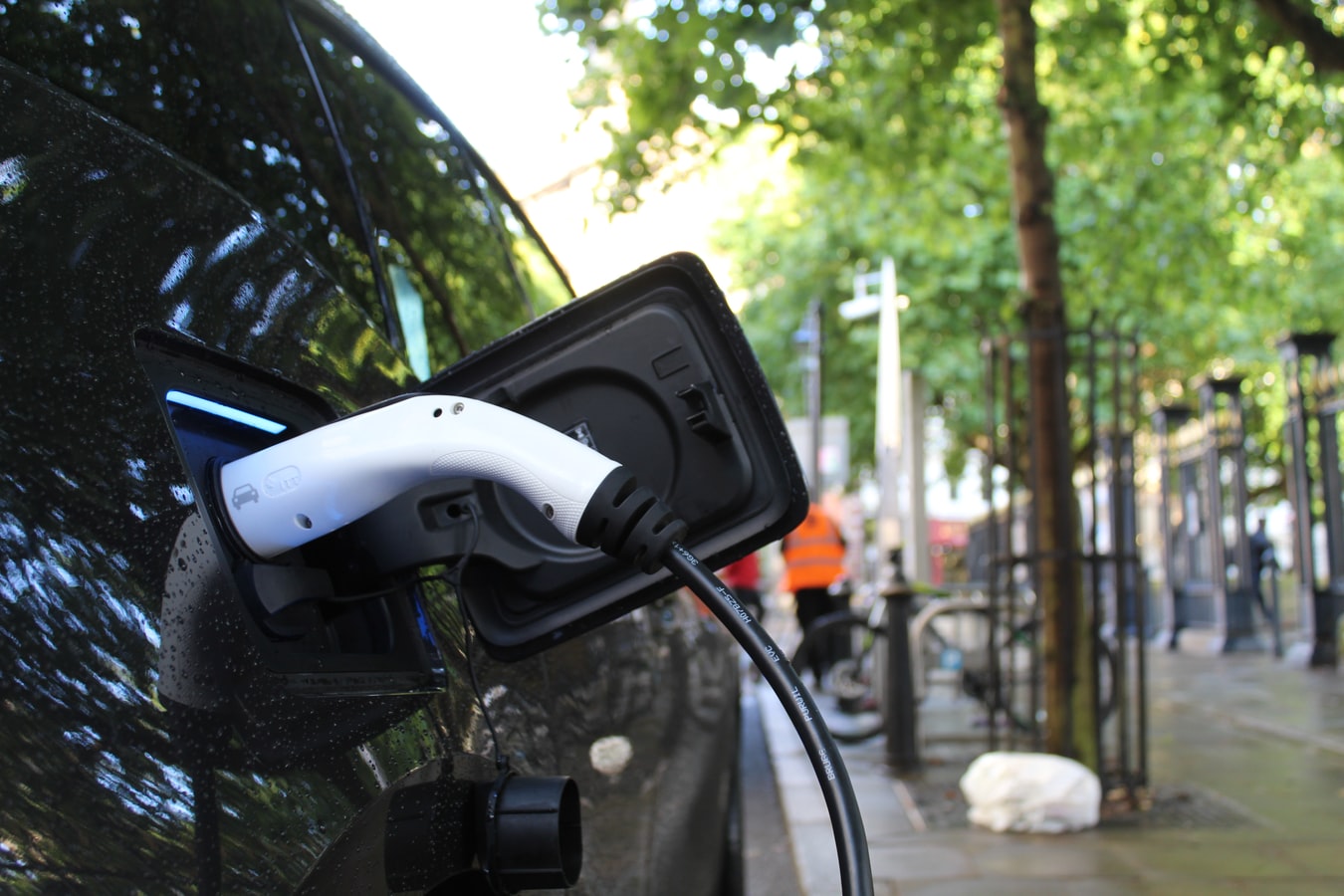 The idea that the battery life of an electric car is lacklustre is a fair opinion, however, the technology that is used within a car is much different than that of a mobile phone.

They both use Lithium-ion batteries but there’s pretty much where the similarities stop. But, unlike mobile phones, electric cars don’t use a single battery and they instead use something called a ‘pack’ that houses thousands of lithium-ion cells.

While the exact battery life of an electric car battery can't be pinned down exactly, much to the same that the cambelt of a car cannot (there is just a rough recommendation of 100,000 miles) the same can be said for that of an electric battery.

Nissan has even gone as far as to say that their batteries will last eight years or 100,000 miles. There is so much thought that has been put behind that of an electric car that all bases have been covered, and will only continue to improve over time.

Looking to lease an electric car?

Whether you’re looking at leasing an electric car or something a little different, we have the right deal waiting for you to snatch up. Browse the special offers for car leasing we have available, or alternatively, give us a call on 01675 466433 to discuss your options.