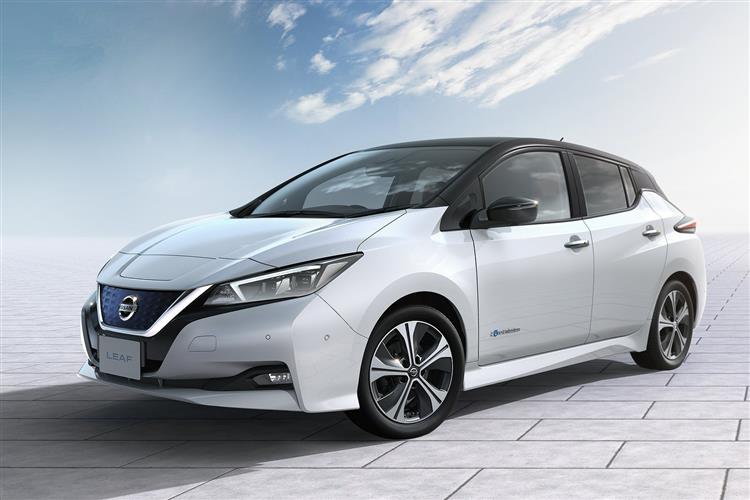 According to the RAC Foundation, the number of petrol and diesel cars in the UK totalled 30.9 million, compared to just 620,000 alternative fuelled cars. However, this staggering imbalance is poised to change, as the UK Government announced its plans to ban selling new petrol, diesel or hybrid cars by the year 2035.

The Boris Johnson revealed the ban on petrol, diesel, and hybrid cars at the United Nations in November as part of the UK’s plans to reach its 2050 near-zero carbon emission target. Grant Sharps, the UK Transport Secretary, also hinted in a BBC Radio 4 interview that the ban could be brought forward by 3 years to 2032.

The good news for people currently looking for a new car, they still have time to make the transition. The car lease market is poised to see a sudden rise of new electric cars, coupled with improved charging infrastructure throughout the country, it is likely that the majority of new cars sold will be fully electric by the time the ban comes into effect.

However, even if the ban on new cars doesn’t come into effect until as late as 2035, every driver in the UK is going to have to make the switch to a car with an alternate fuel source - which might be worth doing sooner rather than later.

What are the Benefits of Driving an Electric Car?

Despite the short deadline until the total ban on petrol and diesel, there are still large amounts of drivers in the UK who know relatively little about electric cars. The reality is, there isn’t much difference in the driving experience. However, there are a huge number of benefits that means you should make the switch to electric. Here are just a few:

What Electric Cars Are Available To Lease?

All-electric cars have been commercially available for a number of years. However, due to their small numbers and relative recentness to the market meaning many models haven’t been able to trickle down the used car pyramid, means motorists have a lack of knowledge of what’s available.

Luckily, we’ve put together a list of some of the trailblazers in the all-electric car market:

The new Nissan Leaf is a 5 door hatchback that burst onto the car scene in 2010. The Leaf is Nissan’s 100% electric-powered car that has been seen as a trailblazer in the electric vehicle market. The Nissan Leaf’s compact design makes it ideal for comfortable city-driving or making your daily commute stress-free.

The standard Nissan Leaf has a range of approximately 168 miles from one charge of it’s 40kwh battery. Which is the equivalent of driving from London to Cardiff, with some charge leftover. The more advanced Nissan Leaf e+ has been designed for a longer commute, with a single battery charge providing 239 miles from a larger 62kwh battery. That is the same as driving from London to Middlesbrough on a single charge.

The Audi E-tron is a 5 door SUV that combines the practicality of a spacious family car with the economic value of a fully electric vehicle. The E-tron comes in a range of trims which feature heated seats, wireless charging, and a high-tech entertainment system.

When comparing them side by side, the Audi e-tron provides an excellent comfortable, sporty and practical driving experience that holds up formidably against competition like the Mercedes GLS and Honda HRV.

The Audi e-tron lease comes with either a 50 Quattro 71kwh or a slightly more powerful and higher capacity 55 Quattro 94kwh engine. Both engine options boast an impressive range, making them more than capable of taking on the everyday commuting and challenges that comes with being a family SUV.

If you’re looking for a formidable, spacious electric SUV that is perfect for families, we would highly recommend this early, well-made contender in the market.

At a glance, the BMW i3 Hatchback comes across as a regular compact city hatchback but sports a modern look to distinguish it as a fully-electric hatchback that has been making an impact on the market for a few years.

The BMW i3’s 42.2kwh lithium-ion battery when fully charged is capable of covering roughly 182 to 188 miles. Given that the average car journey in the UK is approximately 30 miles, this fully-electric is more than capable of meeting the needs of commuting and inner-city driving.

As well as being able to charge up at home, there are currently over 7000 charging ports across the UK compatible with the BMW. Coupled with the innovative fully-electric drive, the interior of the BMW i3 boasts plenty of technological and features designed to make every car journey enjoyable.